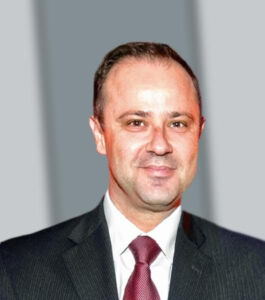 Chairman of the Board of Directors

Adnan Hadrovic is a distinguished former diplomat and Republic of Bosnia and Herzegovina Army veteran with more than twenty-three years of extensive experience in managing teams, projects, departments and organizations in both the United States and international settings. He served as the Deputy Chief of Mission at the Embassy of Bosnia and Herzegovina to the United States from 2012 to 2016 where he created strategies, policies and improvements in both foreign and defense affairs. During his years of working for the Ministry of Foreign Affairs of Bosnia and Herzegovina, he was responsible for improving bilateral relations between Bosnia and Herzegovina and other countries including the United States, Azerbaijan, Bulgaria, Georgia, Germany, Italy, Moldova, Montenegro and Turkey. Hadrovic has also served as a Minister Counselor at the Division for the UN and Other International Organizations where he was in charge of issues related to the UN General Assembly, UN Committees and the UN Security Council. Currently, he serves as the Global Security, International Relations and Diplomacy Advisor at the Institute for Development Impact (I4DI) based in Washington, D.C., and works as an Engineering Consultant at Jacobs. Hadrovic holds a B.S. degree in Mechanical Engineering and a M.A. in Administrative Science, specialization in Diplomacy and International Relations from Fairleigh Dickinson University where is currently completing a Post-Master Specialization in Global Security Studies. Originally from Sarajevo, Bosnia and Herzegovina, he currently resides with his family in the Washington, D.C. Metro Area.