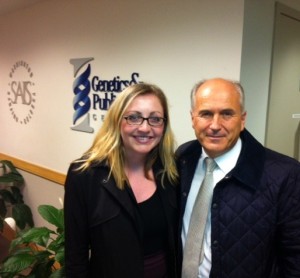 On November 16, 2011, the High Representative for Bosnia and Herzegovina, Ambassador Valentin Inzko spoke at the School of Advanced International Studies at Johns Hopkins University in Washington D.C. on the topic "How the New Configuration of the EU and the Office of the High Representative Can Promote Stability and Progress in Bosnia and Herzegovina." Given the current political situation in BiH, Ambassador Inzko stated that the BiH constitution is an annex of the Dayton Peace Accords and posed the question: "How can you write a constitution, in three weeks, at an airport in Dayton?" The answer is that you can, however chances are that you will leave many important factors out. For example, there is no supreme court in BiH. This was simply an oversight but an oversight that is clearly damaging.

Ambassador Inzko stated that there is no alternative to NATO and that the international community must stop comparing BiH to Belgium and Switzerland because both countries have something Bosnia does not. For one, they are very wealthy, and to stand alone, you have to be very rich. With a 43% unemployment rate, BiH is a long way away from the standard of living enjoyed by those living in Belgium and Switzerland.

Ambassador Inzko continued stating that while Bosnian leaders are resorting to a nationalistic agenda and promoting political instability, there are three things they could actually focus and agree on right now which are the EU, NATO, and the economy. Currently, about 70% of young people in Bosnia are unemployed yet Bosnia has a highly capable, willing and educated pool of young people that would thrive in a more constructive environment. Moreover, BiH has approximately 60-70% of unused hydropower which means that BiH could become the clean and renewable energy regional superpower.

Ambassador Inzko concluded the speech by stating that the Office of the High Representative is still necessary because Dayton has not been completely implemented. The solution to the puzzle that is Bosnia must have a logical outcome which is constitutional reform because only then is reconciliation possible.