BAACBH Meets With Special Envoy to Monitor and Combat Anti-Semitism 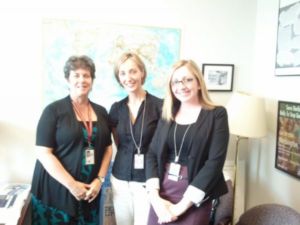 On June 28, 2011 Vice President of BAACBH, Adna Karamehic-Oates along with the Executive Director, Ajla Delkic, met with the Special Envoy to Monitor and Combat Anti-Semitism, Ms. Hannah Rosenthal at the U.S. Department of State. Ms. Rosenthal will be traveling to Bosnia and Herzegovina (BiH) next week to attend the Centropa Summer Academy in Sarajevo which is the fifth international gathering of teachers, historians, school directors, ministry officials, community activists, teacher trainers and museum educators. Centropa is a US-registered, Vienna-based NGO committed to preserving Jewish memory in Central and Eastern Europe, the former Soviet Union, and the Balkans. Ms. Karamehic-Oates and Ms. Delkic discussed the current political situation in BiH with Ms. Rosenthal and suggested that she meet with various civil society organizations that work on the reconciliation process in BiH. During her visit to BiH, Ms. Rosenthal plans to visit the Srebrenica Genocide Memorial on July 11th and participate in the burial ceremony.

Before joining the State Department, Ms. Rosenthal was the Executive Director of the Chicago Foundation for Women, where she led one of the largest women's funds in the world. Prior to that, she was the Executive Director of the Jewish Council for Public Affairs for five years, where she worked on domestic and international policy for the organized Jewish community in North America.

Ms. Rosenthal served as Midwest regional director of the U.S. Department of Health and Human Services during the Clinton Administration. She was involved in community organizing, and the antiwar and civil rights movements in the 1960s.