Celebrating the U.S. Constitution as a Model for Constitutional Reform in Bosnia and Herzegovina 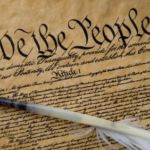 On September 17, 1787, the Constitution of the United States was signed by 39 state representatives. The document created the foundation for the democratic government of the United States of America. The creation of the executive, judicial, and legislative branches provided the infrastructure necessary for a viable, efficient and effective government. To this day, the Constitution remains the most important and valued document in the U.S. history as it provided the foundation of our democratic republic.

The U.S. Constitution begins with the words, “We the people.” The phrase reflects the equality that we as U.S. citizens enjoy in terms of freedom of religion, speech and other rights guaranteed without any differentiation of race, ethnicity, or gender. Along the same lines, BAACBH supports a constitutional reform in Bosnia and Herzegovina (B-H) which will incorporate the basic principles and tenets of equality for all of its citizens as exemplified by the U.S. Constitution. Like the U.S., B-H is composed of diverse peoples and nations, yet the current constitution of B-H emphasizes group rights rather than individual rights. This was a compromise made in the Dayton Agreement that ended the aggression on B-H. However, time has passed, and it is important to note that B-H’s current constitution does not comply with European human rights laws. Given that B-H’s primary foreign policy goal is integration into the European Union (EU) and NATO, constitutional reform is of vital importance. BAACBH supports the development of new constitutional arrangements that will advance the principles of civic democracy, accountability, full equality of citizens, tolerance and protection of all ethnic groups, and reflects the highest standards of individual human rights.

U.S. Constitution Day recognizes the profound influence that the Constitution has had in the creation of a stable government and country. BAACBH celebrates the success of the U.S. Constitution and continues to advocate for constitutional reform which will enable Bosnia and Herzegovina to also become a country of prosperity and stability for all of its citizens.