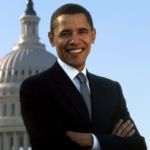 The Bosniak-American Advisory Council for Bosnia and Herzegovina along with the Bosnian-American community would like to formally congratulate you on your historic victory to become the 44th President of the United States of America. We look forward to working with your Administration in focusing on the Balkan region and further supporting justice and stability in Bosnia and Herzegovina.

BAACBH is a non-profit, non-governmental and non-partisan organization dedicated to advocating for Bosnian-Americans in the USA and promoting peace and economic development in the Balkans by fostering democratic policy, promoting respect for human rights, and initiating educational and developmental programs.

We would like to once again congratulate you on your tireless commitment to the American and Bosnian-American people.