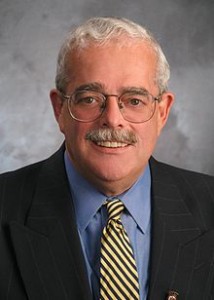 September 30, 2013 – Washington, D.C. – The Advisory Council for Bosnia and Herzegovina (ACBH) is pleased to announce that Congressman Gerry Connolly has joined the Congressional Caucus on Bosnia (Bosnia Caucus). Congressman Connolly is the U.S. Representative for Virginia's 11th congressional district, serving since 2008.

A graduate of Harvard Kennedy School of Government, Congressman Connolly worked with the United States Senate Committee on Foreign Relations from 1979 until 1989, where he handled numerous foreign policy issues including oversight of international economic issues and policies concerning the United Nations. Prior to his election to Congress, he was the Chairman of the Board of Supervisors in Fairfax County, the largest jurisdiction in the Washington, D.C. metro area with more than 1.1 million residents. Congressman Connolly serves on the House Committee on Foreign Affairs and the House Committee on Oversight and Government Reform.

"ACBH is honored to have Congressman Connolly as a member of the Bosnia Caucus. He is an expert on foreign policy and is familiar with the challenges that BiH is working to overcome. ACBH looks forward to working with him in helping Bosnia and Herzegovina on its path towards Euro-Atlantic integration," stated ACBH Executive Director, Ajla Delkic.