Congressman John Olver: Remembering the Victims of Genocide in Bosnia 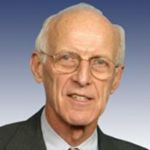 On Thursday February 7 2008, Congressman John Olver of Massachusetts made a floor statement in remembrance of the victims of genocide in Bosnia and Herzegovina, and eastern Bosnia and the town of Visegrad in particular. The Congressional Record text is below.

REMEMBERING THE VICTIMS OF GENOCIDE IN BOSNIA

HON. JOHN W. OLVER
of Massachusetts in the house of representatives
Thursday, February 7, 2008

Mr. OLVER. Madam Speaker, I rise today in remembrance of the victims of genocide in Bosnia. I would particularly like to draw the attention of this body to the atrocities perpetrated by Serb forces against the Bosniak and Croat populations in eastern Bosnia. Eastern Bosnia became the site of a number of atrocities long before the name Srebrenica became known worldwide. The aggression perpetrated against the newly independent and sovereign Bosnia and the genocide of its Bosniak population took one of its earliest and most vicious forms with the attacks of Serb forces on eastern Bosnia in 1992. The multi-ethnic and multi-religious character of eastern Bosnia was systematically destroyed beginning in April 1992.

The historic town of Visegrad epitomizes what happened in eastern Bosnia in 1992. The assault on Visegrad started on April 6, 1992 when Serb military units began shelling Visegrad and several of the nearby Bosnian Muslim villages. With the takeover of Visegrad, Serb forces unleashed a campaign of terror against the Bosniak and Croat population of Visegrad. Every day men, women and children were killed on a famous bridge on the Drina and their bodies were dumped into the river. Many ofthe Bosniak men and women were arrested and detained at various locations in the town. Serb soldiers raped women and inflicted terror on civilians. Looting and destruction of Bosniak and Croat property occurred daily and mosques in Visegrad were destroyed.
As the journalist Ed Vulliamy described in The Guardian: “For centuries, although wars had crisscrossed the Drina, Visegrad has remained a town two-thirds Bosnian Muslim and one-third Bosnian Serb. The communities entwined, few caring who was what. But in the spring of 1992, a hurricane of violence was unleashed by Bosnian Serbs against their Muslim neighbors in Visegrad, with similar attacks along the Drina valley and other parts of Bosnia. Visegrad is one of hundreds of forgotten names . . . As elsewhere, the pogrom was carried out on orders from the Bosnian Serb leader Radovan Karaszic and his military counterpart General Ratko Mladic, both still wanted for genocide.” By the end of 1992, the Bosniak and Croat communities in Visegrad were effectively “cleansed” through killings and deportations. Some survivors of the initial attacks on eastern Bosnia found their way into the three Bosnian government-held enclaves and United Nations-declared “safe havens” of Srebrenica, Zepa and Gorazde. The tragic fate of these “safe havens” is well known. The fate of Visegrad and the pattern of genocidal violence was similar in other eastern Bosnian towns such as Bijeljina, Zvornik and Foca.
As we prepare to mark another anniversary of the beginning of genocidal violence in eastern Bosnia and as we prepare to commemorate the 13th anniversary of Srebrenica, let us remember the victims of Visegrad and other Visegrads throughout Bosnia.