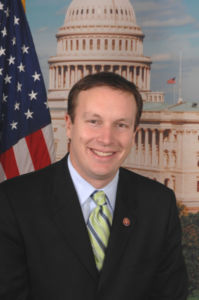 March 23, 2012 – Washington, D.C. – The Advisory Council for Bosnia and Herzegovina (ACBH) is pleased to announce that Congressman Chris Murphy has joined the Congressional Caucus on Bosnia (Bosnian Caucus). Congressman Murphy is the U.S. Representative for Connecticut’s 5th congressional district, serving since 2007.

“Connecticut is fortunate to have such a large and active Bosnian community, and your contributions to our state are to be commended… In Connecticut and throughout the United States, our communities are enriched by the diverse cultures and backgrounds of our citizens. As a Member of the House Foreign Affairs Committee and the Congressional Caucus on Bosnia, I am proud to support a strong American commitment to the future of Bosnia-Herzegovina and to celebrate 20 years of independence this month. In the face of great challenges, much progress has been made. However, there is still much more to be done, and I look forward to working with you and my colleagues in the Caucus to promote democracy and prosperity in Bosnia and the United States” said Congressman Murphy in his March 22nd statement to the Bosnian American community in Connecticut.

“ACBH is honored to have Congressman Murphy as a member of the Bosnian Caucus. We welcome his support for a democratic, multiethnic and indivisible BiH and we look forward to working with him” said ACBH President, Admir Serifovic.