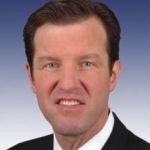 I rise today to express my deepest sympathy for, and in remembrance of the victims this horrible genocide in Bosnia, which lasted from 1992-1995.

The most infamous episode in this genocide was the massacre of Bosnians led personally by General Ratko Mladic at the United Nations-declared “safe haven’” of Srebrenica in eastern Bosnia in July, 1995.

We should remember all of the innocent people who were brutally killed by honoring their lives and remembering their struggle for freedom during the three-year conflict in Srebrenica, a city in Bosnia and Herzegovina.

I would also like to honor the memory of victims in places less well-known: in Kozarac, Prijedor and Banjaluka in northwestern Bosnia.

This conflict was the largest massacre and genocide of civilians in Europe since WorId War II.

In my district, I am proud to say that I have one of the largest Bosnian American populations in the United States. Of the tens of thousands of my Bosnian American constituents, upwards of 5,000 are survivors of the Srebrenica genocide.

As a Representative of many Bosnian-American friends in St. Louis, I understand that this tragedy continues to affect many of my constituents. We must commemorate those who died, hold those who are responsible accountable, and honor the brave survivors.

It is important for us to remember this dark chapter in history to learn from it for the benefit of our future generations.