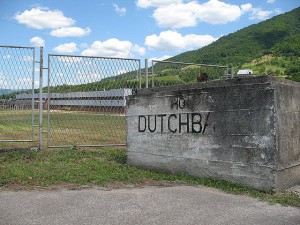 September 6, 2013 – Washington, D.C. – The Advisory Council for Bosnia and Herzegovina (ACBH) welcomes the decision by the Supreme Court of the Netherlands in ruling that the Dutch state was liable for the murder of three Bosniaks during the Srebrenica Genocide. This historic court decision will enable the relatives of the victims to claim compensation from the Dutch state.

The final ruling comes after a long legal battle against the Dutch state whose peacekeeping force (Dutchbat) was stationed in Srebrenica in 1995 during the Srebrenica Genocide. Hasan Nuhanovic, former United Nations (UN) interpreter for the Dutchbat, along with the family of Rizo Mustafic, an electrician for the peacekeeping force, filed a case against the Dutch state claiming that it was liable for the deaths of Mr. Mustafic and Mr. Nuhanovic’s father and brother. The peacekeeping forces expelled the three men from the “safe area” of the Dutchbat compound, ultimately handing them over to the Serb forces who murdered the three men along with over 8,000 other innocent men and boys within a five day period.

“ACBH has long fought for the people of Srebrenica in Washington, D.C. and we welcome this legal victory for the victims and survivors of the Srebrenica Genocide. This is the first time that a government has been held liable for the conduct of its peacekeeping troops under the mandate by the United Nations. Justice is the only path towards peace and prosperity and we are hopeful that this victory will enable a further look into how peacekeeping missions are conducted. With this ruling, a precedent has been set in that countries can be ultimately held responsible for the actions of their peacekeeping troops,” stated ACBH President, Mirzeta Hadzikadic.

On July 11, 1995, the Bosnian town of Srebrenica, a declared UN safe haven, fell to the Serb military forces led by General Ratko Mladic, an indicted war criminal who is currently on trial at the International Criminal Tribunal for the former Yugoslavia (ICTY) in The Hague. The fall of Srebrenica marks the final act of brutal ethnic cleansing and genocide in Bosnia and Herzegovina.

To read the full text of the judgements, please click here.