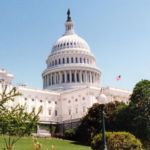 The Bosniak-American Advisory Council for Bosnia and Herzegovina (BAACBH) expresses its support for the U.S. House of Representatives Resolution 171 (H. Res. 171) on Bosnia and Herzegovina (BiH) introduced by Congressman Howard Berman on February 13, 2009. H. Res.171 expresses the sense of the House of Representatives on the need for constitutional reform in BiH and the importance of sustained U.S. engagement in partnership with the European Union (EU).

The 1992-95 war of aggression, ethnic cleansing, and genocide perpetrated against BiH was brought to an end by the General Framework Agreement for Peace in Bosnia and Herzegovina, commonly referred to as the “Dayton Peace Accords,” on November 12, 1995. Although the Dayton Peace Accords ended the aggression on BiH and enabled BiH to work in partnership with the international community to make progress, it did not enable BiH to move beyond the ethno-territorial divisions that are undermining the progress in building a peaceful and democratic society based on the rule of law, respect for human rights, and equality for all citizens of BiH.

H. Res. 171 calls for:
(1) An urgent need for BiH to work toward the creation of an efficient and effective state able to meet its domestic and international obligations with more functional institutions, including a state government capable of making self-sustaining reforms and fulfilling EU and NATO requirements;
(2) Any agreement on constitutional reform in BiH should advance the principles of democracy and tolerance, rectify provisions that conflict with the European Charter of Human Rights, include the general public in the process, and be consistent with the goal of EU membership;
(3) Continued efforts should be made domestically and at the International Criminal Tribunal for the former Yugoslavia (ICTY) to achieve justice for victims of war crimes, crimes against humanity, and genocide, as well as to promote reconciliation among ethnic groups;
(4) The appointment of a US Special Envoy to the Balkans who can work in partnership with the EU and political leaders in BiH to facilitate reforms at all level of government and society, while also assisting the political development of other countries in the region;
(5) The Office of the High Representative (OHR) should not be closed until the Peace Implementation Council (PIC) can definitely determine that BiH met the five conditions and two principles;
(6) The EU should carefully consider its plans for the future deployment of the European Union Force (EUFOR) given the psychological reassurance of security and deterrence of violence provided by its continued presence in BiH;
(7) The U.S. should work closely with and support the EU in the transition to a EU Special Representative (EUSR) to ensure that the EUSR has the authority and tools to manage effectively post-OHR BiH, including a clear set of EU candidacy and membership conditions with explicit and objective yardstick and a precise list of benchmarks to increase the functionality of the Bosnian state to be achieved by constitutional reform.

BAACBH strongly encourages the U.S. Administration to re-engage its efforts in BiH and calls the friends of BiH to support the H. Res. 171 by immediately calling on their Representatives to become co-sponsors.