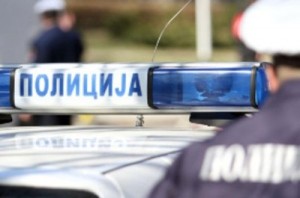 December 10, 2012 – Washington, D.C. – As the international community commemorates the 64th International Human Rights Day, the Prijedor police is placing itself above the Republika Srpska (RS) law by banning a peaceful march that aims to mark this anniversary.

This is not the first time that the local police offered its services to the local authorities. During the early 1990's, the Prijedor police force was the main implementer of the notorious "Crisis Staff" – determined by the Hague War Crimes Tribunal to be a joint criminal enterprise aimed at the extermination of the non-Serb population within the Prijedor municipality, led by then Police Chief, Simo Drljaca.

During the Bosnian war of aggression, Prijedor's police officers served as guards and carried out mass killings in the infamous concentration camps of Omarska and Keraterm, and are responsible for the deaths of 1000 innocent civilians, including those murdered in the infamous "Koricani Cliffs massacre". Out of the 28 processed war crimes cases from the Prijedor municipality, 21 of the accused were members of the police. In addition, there are currently 9 additional cases being processed, and two of the accused have been apprehended at work, while still serving as members of the local police force.

It is important to note that the local police did not ban members of the Serbian ultranationalist "Ravnogorski Cetnicki Pokret" from marching freely on the same street, and have tolerated public meetings of local Serb organizations, even when these meetings have taken place in unpermitted locations, such as high schools during class time.

In May of 2012, the Prijedor police banned a public gathering commemorating the brutal murder of 266 women and children that occurred in Prijedor during the war in early 1990's. The local associations that formed the commemorative committee submitted an official request to the appropriate authorities in an attempted to organize a peaceful march. By banning the activities of local NGO's and summoning activists in for questioning, the police and the Prijedor local authorities are violating human rights. Prijedor's municipal assembly passed a directive to criminally persecute human rights activist from Prijedor, and it is clear that the police is implementing these decisions with vigor.

ACBH urges the Ministry of Internal Affairs of the RS to ensure that the police, in their activities and duty, do not discriminate against individuals and organizations based on their ethnicity and call upon the Ministries of Security and Human Rights and Refugees of Bosnia and Herzegovina to investigate all of the cases of abuse and violation. Lastly, we urge the international and local human rights organizations to stand with us in defending the freedom of peaceful assembly and basic human rights of marginalized groups in Prijedor.