“The State of Affairs in the Balkans” Hearing in U.S. Congress 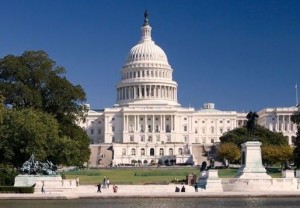 The U.S. House Foreign Affairs Subcommittee on Europe and Eurasia held a hearing titled "The State of Affairs in the Balkans." Congressman Burton (R-IN), Chairman of the Subcommittee, along with Reps. Schmidt (R-OH), Meeks (D-NY), Engel (D-NY), Poe (R-TX), Rohrabacher (R-CA), Marino (R-PA), and Sires (D-NJ) were present at the hearing. The first panelist, Philip Gordon, Assistant Secretary at the Bureau of European and Eurasian Affairs at the U.S. State Department affirmed that one cannot speak of Europe that is whole, free, democratic, and at peace without resolving the various issues in the Balkans. He said that the U.S. is vested in the Balkans and that was made clear by Vice President Joe Biden's visit to the region four months after entering the White House and Secretary Clinton's visit last October.

The second panel was initially set to include Kurt Volker, Managing Director at International Group BGR, Ivan Vejvoda, Vice President of Programs at the German Marshall Fund, and Gordon Bardos, Assistant Director of the Harriman Institute at Columbia University. Mr. Bardos was however removed from the list of participants without explanation and replaced by Dr. Gerard M. Gallucci, retired U.S. diplomat.

In addressing Bosnia and Herzegovina (BiH), Assistant Secretary Gordon praised Bosnian officials for being a steadfast partner in combating terrorism and for providing dependable support for U.S. concerns during its time at the UN Security Council. However, despite these successes, Bosnia has started moving down a dangerous path in the last five years. Bosnian politicians have increased the ethnic rhetoric which only benefits them and not the citizens of BiH. If BiH is to become a serious candidate for EU integration, it must pass laws on a census and state aid as well as act in accordance with the European Court of Human Rights ruling in the Sejdic-Finci case, endowing all of its citizens with equal rights regardless of their ethnicity. In order to participate in NATO's Membership Action Plan, BiH must tackle the state registration of defense properties. The U.S. is firm on upholding the Dayton Peace Accords but acknowledges that constitutional reform will be necessary in the future in order to ensure the state has sufficient functionality and decision-making capacity to meet EU and NATO standards.

The title of the hearing was misleading given that the hearing focused primarily on the Serbia/Kosovo relationship. Congressman Rohrabacher asked why Kosovo shouldn't redraw its borders and allow the Northern Kosovars, who are ethnically Serb, to be a part of Serbia. Congressman Rohrabacher believes in self-determination and cited the "Fifty-Four Fourty or Fight!" dispute between the U.S. and Great Britain over the Pacific Northwest. Assistant Secretary Gordon said that partitioning would open a pandora's box and would have detrimental consequences throughout the region, especially in Bosnia.

In conclusion, Assistant Secretary Gordon stated that "The Office of the High Representative will remain in place alongside the EU presence to continue its role of upholding the Dayton Peace Accords until the conditions established by the Peace Implementation Council for its closure are met. We stand behind the High Representative and his decisions, and we remain prepared to take measures against any individuals and organizations that threaten to undermine the country's stability, sovereignty or territorial integrity."