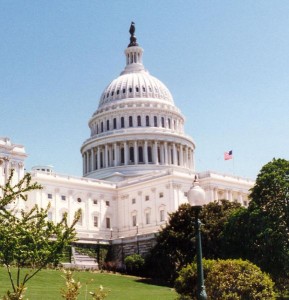 The Bosniak-American Advisory Council for Bosnia and Herzegovina (BAACBH) is pleased to announce that on May 12, 2009, the House of Representatives passed House Resolution 171 (H.Res. 171) on Bosnia and Herzegovina (B-H), introduced by Congressman Howard Berman on February 13, 2009. H. Res.171 expresses the sense of the House of Representatives on the need for constitutional reform in B-H and the importance of sustained U.S. engagement in partnership with the European Union (EU).

H. Res. 171 calls for an immediate and urgent constitutional reform that will enable B-H to work towards the creation of an efficient and effective state, able to meet its domestic and international obligations, particularly regarding full accession into the EU and North Atlantic Treaty Organization (NATO.) The resolution emphasizes that the U.S. should appoint a Special Envoy to the Balkans who can work in partnership with the EU and political leaders in B-H to facilitate reforms at all levels of government and society, while also assisting the political development of other countries in the Balkan region.

The resolution strongly insists that efforts should be made domestically and at the International Criminal Tribunal for former Yugoslavia (ICTY) to achieve justice for the victims of war crimes, crimes against humanity, and genocide. Furthermore, H.Res. 171 does not recommend the closing of the Office of the High Representative (OHR) until the Peace Implementation Council (PIC) can determine that B-H reforms have met the five objectives and two conditions set by the PIC. The resolution recommends that the United States should work closely with and support the EU in the transition to a European Union Special Representative (EUSR), upon closure of OHR, to ensure that the EUSR has the authority and tools to manage affairs in a post-OHR B-H effectively.

BAACBH, formed in 2005, is a Washington, D.C. – based non-profit, non-governmental and non-partisan organization dedicated to advocating for Bosnian-Americans living in the United States and promoting peace and economic development in the Balkans by fostering democratic policy, promoting respect for human rights, and initiating educational and developmental programs.