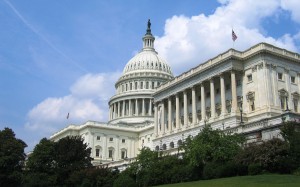 The Advisory Council for Bosnia and Herzegovina (ACBH) is an independent, non-profit organization dedicated to advancing the interests of Bosnian Americans and works to improve relations between the United States and Bosnia and Herzegovina (BiH). ACBH advocates for a democratic, multi-ethnic and indivisible BiH and one of our primary goals is advancing the integration of BiH into the EU and NATO, as well as ensuring that the aggression against BiH and its people is never repeated. We work on cultivating civic engagement of Bosnian Americans in the American political system and promote cross cultural educational opportunities between the U.S. and BiH. The aggression and genocide that was waged on Bosnia and Herzegovina lasted from April 6, 1992 until September 14, 1995 and resulted in the deaths of 200,000 people and the displacement of over 2 million. As a sign of recognition of these atrocities, the United States Congress unanimously approved the Srebrenica Resolution (S. Res. 134 and H. Res. 199) on genocide, which states the following:

Several members of ACBH had a leading role in initiating the language and overall process for the Srebrenica Resolution, which has led the Council members to identify the need for a full time Bosnian American presence in Washington D.C. through a non-governmental, non-profit organization that will advocate the continuing  support of the United States for full democratization and rebuilding of BiH. As a result, ACBH was formed in January 2006 and is comprised of 9 members of the Board of Directors and 14 Board of Trustees. The Council office opened in Washington D.C. on September 5, 2006 and is managed by the Executive Director.