Memorial Tribute Honoring the Life and Work of Vaclav Havel 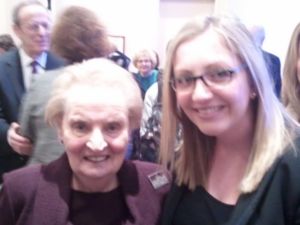 Vaclav Havel was a Czech human rights activist, intellectual, playwright, dissident and politician. He was the last President of Czechoslovakia (1989-1992) and the first President of the Czech Republic (1993-2003). Havel was a founding member of Charter 77, a document which criticized the communist government for failing to implement human rights in what was then Czechoslovakia. When the Charter was published, the dissidents faced a threat from the secret police, however by the late 1980s, the citizens of Czechoslovakia were so dissatisfied with the living standards and economic hardships that they faced that they demanded economic reform. Czech and Slovak citizens began to challenge the governmental system more openly, and by 1989, they were willing to openly express their dissatisfaction with the communist regime. This movement gave birth to the Velvet Revolution, a non-violent uprising in Czechoslovakia that took place from November 17th to December 29, 1989. The Velvet Revolution enabled the collapse of the communist party's control of Czechoslovakia and the switch from Czech Stalinism to capitalism.

Vaclav Havel was a defender of freedom, democracy and human rights, and a great friend of Bosnia and Herzegovina (BiH). He opposed the genocidal regime of Serbian President Slobodan Milosevic and the war of aggression on BiH. He wrote, "This is a war for our own future a war of those to whom their tribal otherness is the ultimate value against all those who embrace higher values than the blood group which they happen to belong to. This war is waged against us all, against human rights, against coexistence of people of different nationalities or religious beliefs. The war in Bosnia is in fact a war against meaningful human coexistence based on the universality of human rights derived from the universality of the primeval human experience of the universe. It is an attack of the darkest past on a decent future, an attack of evil on the moral order. We have to stop this war. Yet, we shall not stop it by engaging in hopeless attempts work out compromises between a number of othernesses, compromises whose consequences would amount to confirming otherness as the supreme principle. There is only one way in which we can stop the war without being defeated, if this is still in fact possible: by calling evil evil, by pointing out who is to blame, and who is the victim, by saying at last in no uncertain terms what this war is all about."

Vaclav Havel passed away on December 18, 2011 at the age of 75. The world has lost a true intellectual and great leader. ACBH will always remember him as a true friend to BiH, democracy and peace.