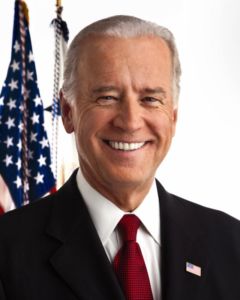 The ACBH Lifetime Achievement Award recognizes exemplary advocates for Bosnia and Herzegovina and the Bosnian American community. On the occasion of its first gala, ACBH will present the award to Vice President Biden and former Senator Bob Dole from Kansas (in absentia). “As a bipartisan organization, ACBH wishes to express its gratitude to policymakers who showed great courage and an unwavering resolve for justice during the war in Bosnia and Herzegovina,” stated ACBH President, Mirzeta Hadzikadic. Also honored will be Major General James A. Adkins, Ret., who spearheaded the National Guard Partnership Program between Bosnia and Herzegovina and the state of Maryland, former Bosnian Army General, Jovan Divjak, and journalist Senad Hadzifejzovic.
Founded in 2007, ACBH is the leading non-governmental organization addressing the interests of the Bosnian American diaspora in the U.S. and advocating for a united, multi-ethnic and democratic Bosnia and Herzegovina. “ACBH is extremely honored that Vice President Biden has accepted our Lifetime Achievement Award. During the war, then Senator Biden displayed exemplary leadership, working across the aisle to advocate for the end to the violence and genocide. His moral compass led him to become a catalyst for change and this saved countless innocent lives, and, as Vice President, he continued to fight for a peaceful and stable Bosnia and Herzegovina,” stated ACBH Executive Director Ajla Delkic.
The overwhelming majority of Bosnian Americans came to the United States as refugees displaced by the 1992-1995 war of aggression against Bosnia and Herzegovina that left over 100,000 dead, over 2 million displaced and over 20,000 women and girls victims of sexual violence. Today, Bosnian Americans are a central part of vibrant communities across the nation. They remain grateful for the shelter and opportunities that this country has afforded them, and are committed to doing their part to strengthen the fabric of the United States.