Dear Friends of ACBH and Bosnia and Herzegovina, 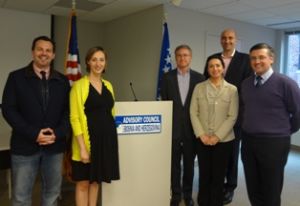 On behalf of the Board of Directors, our partners, donors, volunteers, and staff, I would like to thank you for supporting ACBH in 2012, and we wish you and your loved ones a joyous and prosperous 2013.
ACBH reflects on 2012 as another successful year of advocacy, steady and informed leadership, outreach, and diplomacy on behalf of Bosnia and Herzegovina (BiH).
We are deeply appreciative of your support and interest in our work. In 2012, your partnership enabled us to make a difference and achieve important results. We are grateful to our supporters in the Bosnian American community across the United States, especially the Congress of North American Bosniaks and our friends at the Turkish Coalition of America for their generous matching grant.
This year, with your help, ACBH:
We will continue to deepen our involvement and engagement with the Bosnian American community and policymakers in the United States and BiH as we strive to make BiH a member of the Euro-Atlantic community.
To help us continue our work, please donate TODAY! Signing up for a monthly donation only takes 2 minutes, the donation is tax deductible and will help ACBH remain the premier voice for Bosnian Americans in Washington, D.C. for years to come!
Did you know that your donation to ACBH could be matched dollar for dollar? Many companies offer matching gift programs that will double, even triple a donation’s value. Check with your company to find out if your company will match your charitable contribution to ACBH.
With thanks and best wishes in 2013,
Admir Serifovic, Esq.
President
Previous post
Next post