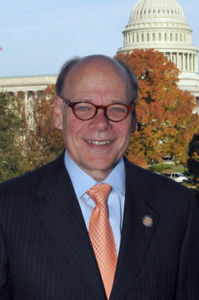 October 10, 2012 – Washington, D.C. – The Advisory Council for Bosnia and Herzegovina (ACBH) is pleased to announce that Congressman Steve Cohen has joined the Congressional Caucus on Bosnia (Bosnian Caucus). Congressman Cohen is the U.S. Representative for Tennessee's 9th congressional district, serving since 2007.

As the voice for Bosnian Americans, ACBH looks forward to working with all Bosnian Caucus members in furthering its work on U.S. – BiH relations. ACBH encourages all Bosnian Americans to contact their members of Congress and ask them to join the bipartisan Congressional Caucus on Bosnia.

The Bosnian Caucus, chaired by long-standing friends of BiH, Congressman Chris Smith (R-NJ) and Congressman Russ Carnahan (D-MO) provides congressional support for necessary political and economic reforms in BiH and also works to strengthen the U.S. engagement in the region.