November 25, 2012 – Washington, D.C. – ACBH would like to recognize and celebrate the Bosnia and Herzegovina (BiH) 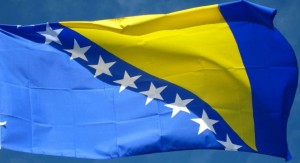 On November 25, 1943 in a town called Mrkonjic Grad, the Anti-Fascist Council of Bosnia and Herzegovina (ZAVNOBIH) declared BiH an equal community of Muslims, Croats and Serbs and the statehood of Bosnia and Herzegovina was re-established. ACBH honors the centuries-old multi-ethnic life of BiH and celebrates the country's vibrant culture and institutions. The prosperity and democratic development of BiH is significant for the overall stability of the Southeast Europe region; therefore it is of vital importance that BiH makes the necessary reforms in order to integrate into the European Union and NATO.

The year 2012 saw a further decline of progress within BiH. Following the 2010 elections, BiH saw a 15 month impasse before BiH politicians formed a national government. In addition, on November 13, 2012, the High Representative for BiH, Ambassador Valentin Inzko gave a worrisome report to the UN Security Council stating that the territorial integrity of BiH is under threat by the secessionist rhetoric of the Bosnian Serb officials and that their efforts to dissolve BiH's armed forces threatens to undermine the peace deal. The officials in Republika Srpska (RS) are unwilling to work together with officials from either the Federation or the international community in order to recreate a multi-ethnic and unified BiH, a formation that is arguably the only way to achieve peace and the beginnings of a successful bid for membership in the European Union and NATO. ACBH has made it its utmost priority to strengthen the Bosnian American voice in Washington, D.C. in order to ensure territorial integrity and sovereignty of BiH.