Do you really care for Bosnia? Then, show it! 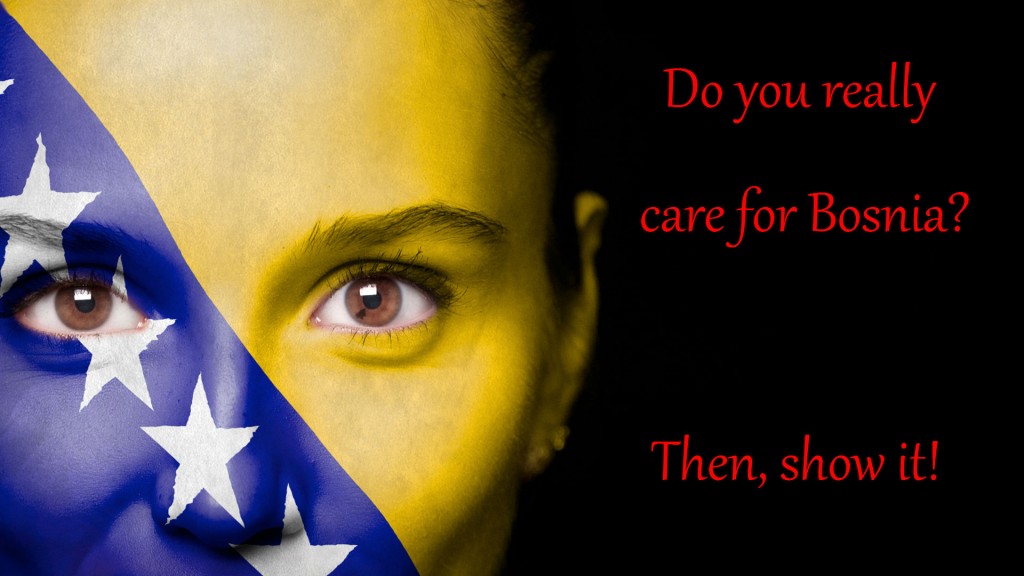 Now is the Time

The United States of America is the only remaining superpower in the world today. It holds the key to the balance of political and economic power across many regions of the world including Bosnia and Herzegovina (BiH) and the Balkans.

The Advisory Council for Bosnia and Herzegovina (ACBH) is the only organization in the United States that works on behalf of Bosnian Americans in Washington, D.C. to advise and educate members of U.S. Congress and their staff on the situation in BiH and towards a united, multi-ethnic and democratic Bosnia and Herzegovina. The key accomplishments include (for a more complete list please see the 2012 Annual report):

For all of these efforts, ACBH has never received a single penny from BiH. Its work has been funded completely by donations. The only paid person is the Executive Director who has been instrumental in making the above list of activities possible.

At a time when Republika Srpska is spending substantial resources to expand their presence in Washington, and the effects of the RS activities are already being felt to the detriment of BiH, it is time to get involved and support ACBH.

Our fellow compatriots, to paraphrase the great Martin Luther King, Jr., now is the time to show that we all really care for Bosnia and Herzegovina. We at ACBH understand that each and every one of you has been helping Bosnia in more ways than one. However, nothing can help Bosnia now as much as the support of the United States of America – and a strong and effective voice in Washington, D.C. can help secure that support. For that, we need a financially stable ACBH.

Go to https://www.acbih.org/ and make your tax deductible donation.

Now is the time.