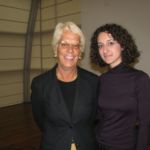 From April 12 to 14, 2010, organization’s Executive Director, Ms. Elmina Kulasic, on behalf of BAACBH participated in the “Memory, Justice, Truth and Reparations as Tools for Genocide Prevention,” international conference on genocide prevention organized by the Auschwitz Institute for Peace and Reconciliation and the Argentinean Ministry of Foreign Affairs, International Commerce and Religion and the Argentinean Ministry of Justice and Human Rights.

The conference consisted of three panels and two working sessions. The first panel was titled; “Latin America Experiences,”the second;” The experience of Argentina: Truth and Memory,” abd the thirdone was; “The experience of Argentina: Justice and Reparations.” The first working session was titled; “Creating an effective approach to transnational justice,” and the second one; “Designing the future of the Raphael Lemking community.”

The conclusion of the conference was that in order to start the process of reconciliation and justice tools for reparations have to be institutionalized on the national level. The country of Argentina was an example of this effort since it established the Truth Commission, Ministry of Justice and Department of Human Rights. At the same time, memory plays a crucial role in terms of preserving the survivor’s story and understanding of the conflict which gives the reader or researcher a nonlinear or strictly historical overview.

We would like to express our sincere gratitude to the Auschwitz Institute for Peace and Reconciliation for the invitation and their generous support in sponsoring BAACBH’s attendance at the conference.