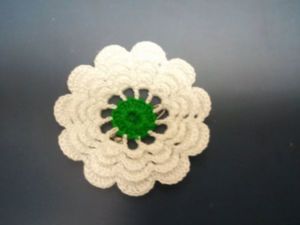 On July 11th, Congressional Caucus on Bosnia member, Rep. Eddie Bernice Johnson (D-TX) sent BAACBH a letter of thanks for providing her with the beautiful eleven petals commemorative flower made by the Mothers of Srebrenica as a reminder of the lives lost in Srebrenica.

On the same day, Congressional Caucus on Bosnia Co-Chair Russ Carnahan (D-MO) issued the following statement regarding the anniversary of genocide in Srebrenica:

"Sixteen years ago today, July 11, 1995, an unconscionable act of cruelty and disregard for human life left a deep scar upon humanity. Today, we remember those who lost their lives in the Srebrenica massacre and stand with their families in remembrance.

"Today is a day to reflect upon the Srebrenica Genocide and recommit ourselves to the defense of human rights and freedoms wherever they are imperiled. But we in Congress must also persist in ensuring that justice is served and freedom and democracy endure through our continued show of support for Bosnia and Herzegovina with respect to its constitutional reform, improvement of democratic institutions, strengthening of the rule of law, and increased political and economic stability.

"Sixteen years later, even after the apprehension of Ratko Mladic, there are still mass grave sites that remain undiscovered. I urge my colleagues both in Congress and the international community to continue the healing process for the Bosnian people."